.
On July 20, 1969, that is 50 years ago today, a United States Apollo spacecraft landed in the Sea of Tranquility on the moon's surface. Six hours later, for the first time in human history, two human beings, Neil Armstrong and Buzz Aldrin, stood on the surface of another heavenly body besides earth. 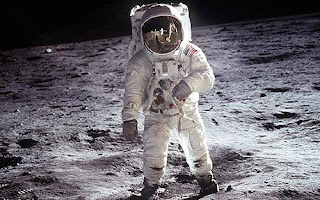 I saw it live on TV.  It was a once-in-a-lifetime experience.

A lot changed at that moment. Man was seemingly capable of doing anything he put is mind to. Technology made space travel possible, and the offshoots of that effort have benefited all of mankind.

Consider that the first moon landing occurred a mere 12 years after the Soviets launched the first artificial orbiting satellite, Sputnik. That is an amazingly short period of time for so complex a project.


So, what did we gain from the Apollo moon program besides some 850 pounds of rock and soil?


There is a dizzying array of products that use technologies or materials originally developed for the space program.  We'll make a list later on.

What we learned about the moon -- and the Earth and solar system -- is still being sifted through so it can be understood.

One of the profoundly significant tangible objects we got from the moon landing and the Apollo program may well have been those photos that show what the Earth looks like from the lunar surface.

According to Andrew Chaikin, author of several space and science books, including 'A Man on the Moon,' the basis for the HBO miniseries "From the Earth to the Moon," and 'Voices From the Moon,' quoted in Las Vegas Review-Journal, "There was an incredible leap in awareness that we got from looking homeward from all that distance and seeing the Earth as a precious and tiny oasis of life in the vastness of space."

"That is a very profound shift in perspective that Apollo gave us....  Earth is a world to be cherished and protected."

Bishop Dan Edwards of the Episcopal Diocese of Nevada, also quoted in the Las Vegas Review-Journal, agrees, likening those Apollo-era photos to "a God’s-eye view of the Earth and humanity. And from that perspective, we were able to see that we really are all one planet and one intricately connected ecosystem."

Wow!  The earth is a special place among the heavenly bodies.  It is the only place where man can live because of a delicate balance of the earth's atmosphere, light, temperature, plant and animal life.  ...and of course, it is just that -- a place created in the right way by God for mankind to live here.

Back to the Apollo space program.  Here is a list of spinoffs from Apollo, taken, in part, from The UK Telegraph:
Here is one benefit I'll bet most of us don't realize:
Think of that! Landing on the moon affected the world's thinking about the best type of government.  Our form of government, where the people, not a small group of dictatorial leaders run the country, is superior to any other.

The Apollo program affected us in another way:
Thousands of industries and hundreds of thousands of technically-oriented people have benefited from this spinoff of the space program.

So if I look at the list above, which most certainly is not exhaustive, I see the foam for helmets and shoes, GPS systems, computer microchips, cordless tools for working on our bikes, and the effect on the number of young people going into engineering to develop even more sophisticated and useful products.

Our freedom, however, is perhaps the most significant of any.

So, look up before you go out riding next time, and think of all the benefits the space program has generated for us. 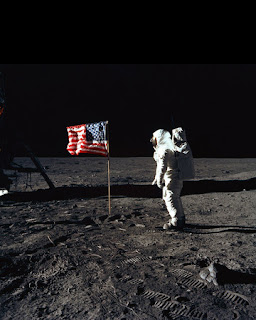 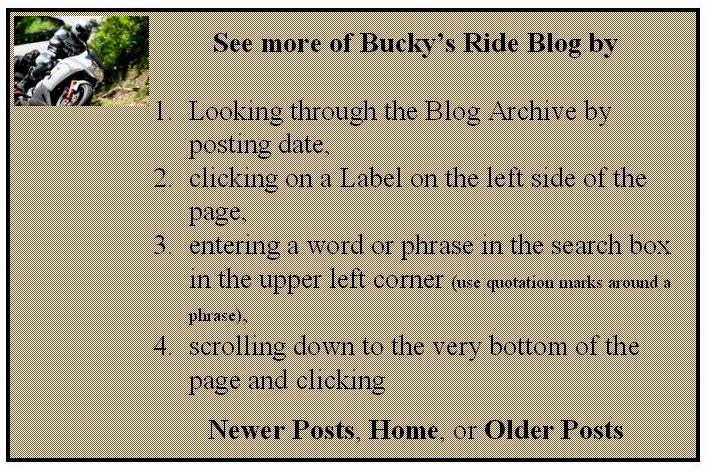